"Palin And The White Working Class" 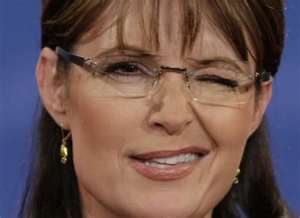 From the American Thinker;


But there is another, bigger reason why the Republican insiders find it so difficult to take Palin seriously.  Their game is political chess, a game of movement, and Palin plays Chinese Go or weiqi, a game of position, where you put down counters and never move them.  With Going Rogue, she put down a counter that positioned herself as a "commonsense conservative."   With America by Heart she positioned herself as a "commonsense constitutional conservative."  Now, with her "One Nation" bus tour, she is mounting a "campaign to educate and energize Americans about our nation's founding principles, in order to promote the Fundamental Restoration of America."

That's the new counter that Sarah Palin is placing on the board as she moves up the Northeast corridor: the "Fundamental Restoration of America."  It has quite a ring to it.  It is just the line you would want to take if you were running for president against Barack Obama and his czars, his crony green capitalists, his waivers-for-friends ObamaCare, his regulatory blizzard, his jobless recovery, and his 1967-borders foreign policy.  With "Restoration," Palin appeals to the patriotism of the white working class without getting into tricky economic details.

This analysis is absolutely correct.Its as though Sarah is playing football,while the rest are playing baseball.While Mitt and Newt are trying to create a political line-up to match up against one another,Sarah instead is staking out field positions in the American landscape from which she can  rally support to herself.Two very different games.
Posted by Thomas Gann at 1:21 PM