The Grievance Monger And Chief 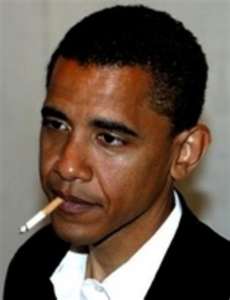 This is a great post from Pundit & Pundette on,"What Leadership Means To Obama";

Experience suggests Obama has his own definition. He seems to understand the word in some of its usages, such as leading us off a cliff, leading man, or leading on the dance floor. But leader as in leader of the free world isn't a concept he has embraced. I don't think he gets it. His modus operandi in a crisis is to play rope-a-dope. He did it again yesterday.

Read the rest here.
This is what you get when you elect a community organizer as President of the United States,
not a leader,but a grievance monger.
Posted by Thomas Gann at 10:56 AM