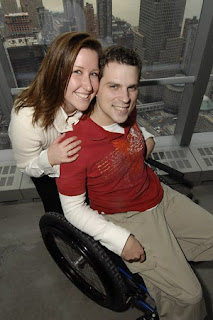 Columbia University students heckled a war hero during a town-hall meeting on whether ROTC should be allowed back on campus.

"Racist!" some students yelled at Anthony Maschek, a Columbia freshman and former Army staff sergeant awarded the Purple Heart after being shot 11 times in a firefight in northern Iraq in February 2008. Others hissed and booed the veteran.

Maschek, 28, had bravely stepped up to the mike Tuesday at the meeting to issue an impassioned challenge to fellow students on their perceptions of the military. 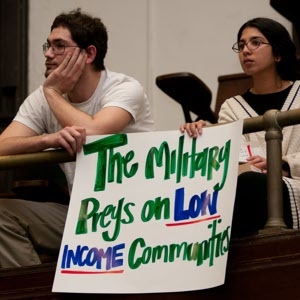 These punks are pathetic.Staff Sergant Anthony Maschek has already accomplished more in his life than all of these worthless losers will ever accomplish in their pathetic lives.
Posted by Thomas Gann at 7:50 PM