If My Father New This,He Would Turn Over In His Grave 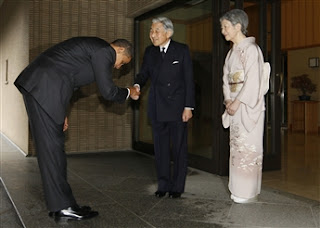 My father,John T. Gann,served in the U.S. Navy during WWII from 1942-45.He first served aboard the U.S.S. Yorktown CV-10,then later on aboard the U.S.S. Shannon DM-25 and he fought in most of the major battles in the Pacific during his service and was very proud of that service,as well he should be.

One of the things,Daddy,would always tell us is,"that Harry Truman saved his and many other sailors lives in dropping the Bombs on Japan.They had already received their orders to sweep the Southern Kyushu of mines and everything that the Japanese was throwing at them at that point was kamikaze attacks."

At no time was,Daddy,ever sorry for anything he did in service of his country during the war.

And now we learn Obama wanted to do this:

Mr. President you maybe sorry that our fathers fought to win in WWII,but I have news for you pal,neither they,or their children,or most Americans are sorry or ashamed for doing what was necessary to win the war,by dropping the Bomb on Hiroshima and Nagasaki.
Posted by Thomas Gann at 12:11 AM