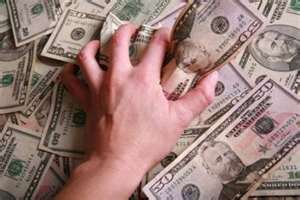 From The Market Ticker:


Look folks, solar is an interesting idea but it's not economically viable. It requires ridiculous amounts of land to be dedicated to it and it only works when the sun is shining (obviously), which isn't all of the time. Industry and personal users, on the other hand, would like electricity to be available any time the switch is thrown. This sets up a rather serious problem, and that's before we start talking about money, which is also an issue.

Solar has never been viable without government subsidy, and that is unlikely to change at any time in the near future. If and when it does it will rise all on its own without a need for anyone to hand out "free money."
But the numbers do not support any sort of mass-investment on this technology. Among other things manufacturing is energy intensive and creates a pollution problem. We've "solved" that by shoving it in the corner (in China), just like we have with so many other things, but in fact that's a public fraud as well.
I'll be interested in solar when it is cost-effective standing alone as a peaking source. There it might indeed, some day, be worthwhile. But the competition for peaking plants today is natural gas, which today is also quite cheap. It may not be tomorrow, but today it is.
As a base load source solar is next-to-worthless as it simply is unable to provide energy on a 24x7 basis, and that's what's required in that role. Whether or not we like it solar simply doesn't pass the economics test as a prime energy source -- and there's nothing that indicates that in the reasonably near future it will.

Solar,like all other "green" energy sources,is a confidence scheme perpetrated on us by Flim-Flam men,both in Big Business and Big Government,to raid the public till.