The Neo-Cons Are Getting Nervous 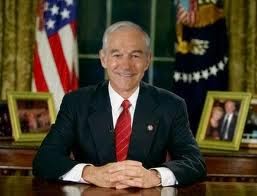 
There is a Paulian putsch underway. I have been receiving alarming emails concerning an underhanded, anti-American Paul coup at the GOP convention.
From Virginia: "I'm running for delegate to the RNC convention in Tampa.  There is a serious Paulbot infestation in the GOP here in Virginia.  I'm spending a lot of time at GOP apparatchik meetings.  I've gotten the endorsement of the Conservative Coalition (I was the top vote-getter) and usually that is enough but not this cycle."
I recently touched upon it here: Paulbots Sabatoge Another Republican Caucus - Atlas Shrugs, but it is much bigger than that. Paul is a dangerous, self-deluded man and his followers behave like occupy fascists.
I may not have been Romney's first supporter, but I am his last supporter and fierce. I would have preferred someone more conservative, but Romney is going to be the GOP candidate, and next to Obama, Romney is the Ronald Reagan. Obama and Ron Paul would split the freak vote. Paul's putsch must be stopped. Ron Paul supports a nuclear Iran and the abandoment of Israel. What is the RNC doing?

Pamela Geller,you are a mental gymnast to draw these conclusions.A man who supports an America first foreign policy is anti-American.Someone who is operating by the rules is underhanded and is trying to stage a coup.Plus his 'followers' (supporters) who operate by the same rules also 'behave like occupy fascists.'He never attacks his opponents personally,but he is dangerous and self-deluded.Yes,Ron Paul is a menace to society and must be stopped at all hazards.Please!

Maybe,Pam,Ron Paul isn't the one who is self-delusional here?
Posted by Thomas Gann at 7:04 PM

I use to follow her, but deleted when she started freaking out on my hero! By the way, did you see this?

Thank you for your comment,Brock.

I used to think a lot of her too,but it seems that when she started to show up on Hannity,she seemed to join the establishment.

I have seen the your post now and am holding out hope that Ron Paul can pull off the upset.If not,we are in deep trouble!

Indeed, we will be. Did you see this?

No I haven't until now.I agree with every thing Merlin Miller said.I've got to post that here also.