The Iron Lady Has Passed Away 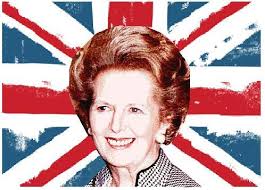 She was a staunch ally in the Cold War against communism.She stood unapologetic in her stand against big and instursive government.She was in fact the greatest English Prime Minister since Winston Churchill.She will be greatly missed by all who love liberty.