Meet Our New Ally In Libya,Al-Qaeda 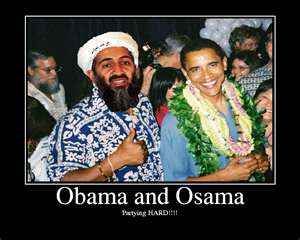 
Abdel-Hakim al-Hasidi, the Libyan rebel leader, has said jihadists who fought against allied troops in Iraq are on the front lines of the battle against Muammar Gaddafi's regime.


In an interview with the Italian newspaper Il Sole 24 Ore, Mr al-Hasidi admitted that he had recruited "around 25" men from the Derna area in eastern Libya to fight against coalition troops in Iraq. Some of them, he said, are "today are on the front lines in Adjabiya".
Mr al-Hasidi insisted his fighters "are patriots and good Muslims, not terrorists," but added that the "members of al-Qaeda are also good Muslims and are fighting against the invader".
His revelations came even as Idriss Deby Itno, Chad's president, said al-Qaeda had managed to pillage military arsenals in the Libyan rebel zone and acquired arms, "including surface-to-air missiles, which were then smuggled into their sanctuaries".
Mr al-Hasidi admitted he had earlier fought against "the foreign invasion" in Afghanistan, before being "captured in 2002 in Peshwar, in Pakistan". He was later handed over to the US, and then held in Libya before being released in 2008.

So we are seeking to replace a brutal dictator,who is a egomaniac,who operates out of his own self intrests,with a bunch of brutal maniacs,who believe they are on a mission from God to bring sharia law to the whole world by any means necessary.Yep,this is officially a cluster****.
Posted by Thomas Gann at 10:58 AM