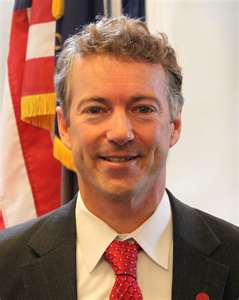 
To paraphrase Jim DeMint: When you’re speeding toward the edge of a cliff, you don’t set the cruise control. You stop the car.
The current deal to raise the debt ceiling doesn’t stop us from going over the fiscal cliff. At best, it slows us from going over it at 80 mph to going over it at 60 mph.
This plan never balances. The President called for a “balanced approach.” But the American people are calling for a balanced budget.
This deal does nothing to fix the overreaches of both parties over the past few years: Obamacare, TARP, trillion-dollar wars, runaway entitlement spending. They are all cemented into place with this deal, and their legacy will be trillions of dollars in new debt.
The deal that is pending before us now:
· Adds at least $7 trillion to our debt over the next 10 years. The deal purports to “cut” $2.5 trillion, but the “cut” is from a baseline that adds $10 trillion to the debt. This deal, even if all targets are met and the Super Committee wields its mandate – the BEST case scenario is still $7 trillion more in debt over the next 10 years. That is sickening.
· Never, ever balances.
· The Super Committee’s mandate is to add $7 trillion in new debt. Let’s be clear: $2.5 trillion in reductions off a nearly $10 trillion,10-year debt is still $7 trillion in debt. The Super Committee limits the Constitutional check of the filibuster by expediting passage of bills with a simple majority. The Super Committee is not precluded from any issue therefore the filibuster could be rendered most. In addition, the plan harms the possible passage of a Balanced Budget Amendment. Since the goal is never to balance, having the BBA as a “trigger” ensures that the Committee will simply report its $7 trillion in new debt and never move to a BBA vote.
· Cuts too slowly. Even if you believe cutting $2.5 trillion out of $10 trillion is a good compromise, surely we can start cutting quickly, say $200 billion-$300 billion per year, right? Wrong. This plan so badly backloads the alleged savings that the cuts are simply meaningless. Why do we believe that the goal of $2.5 trillion over 10 years (that’s an average of $250 billion per year) will EVER be met if the first two years cuts are $20 billion and $50 billion. There is simply no path in this bill even to the meager savings they are alleging will take place.
Buried in the details of this bill there also appears to be the automatic Debt increase as proposed a few weeks ago. Second half of the debt ceiling is increased by President automatically and can only be stopped by two-thirds of Congress. This shifts the Constitutional check on borrowing from Congress to the President and makes it easier to raise the debt ceiling. This would cede debt ceiling to the President, and none of the triggers in this deal include withholding the second limit increase.
Debt agencies have clearly stated the type of so-called cuts envisioned in this plan result in our AAA bond rating being downgraded. Ironically then, the only way to avoid our debt from downgrading and the resulting economic problems that stem from that is for this bill or the resulting Super Committee to fail, so that a Balanced Budget Amendment can save our country.
This plan does not solve our problem. Not even close. I cannot abide the destruction of our economy, therefore I vigorously oppose this deal and I urge my colleagues and the American people to do the same.
Sincerely,
Rand Paul, M.D.
U.S. Senator

Question now-since the GOP sold us down the river for "beads and fire water"-is how do we elect more men to Congress like,Rand Paul?
Posted by Thomas Gann at 1:07 PM