The Smearing Of Ron Paul 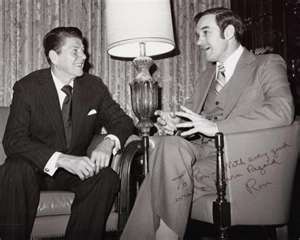 I'm not a supporter of Ron Paul for POTUS,he and I agree on the massive size of our government and its need to be severely reduced and a return to constitutional government,but when it comes to the waters edge I disagree with his reduced U.S. presence in the world view- it wont lead to peace but more war.Having said this,I in no way believe Ron Paul's foreign policy is motivated by anti-semitism in the least bit,unlike Jeffery Lords at the American Spectator:

There's more -- much more than we have room for here. The Ron Paul campaign's "official blogger" Jack Hunter  hates Lincoln but can't find his tongue with Confederate president Jefferson Davis suspending habeas corpus or 100% of the civil liberties of blacks -- aka slavery. Then there's Thomas J. DiLorenzo, whose arguments are recommended reading by Ron Paul. Here's Mr. DiLorenzo on Amazon.
The Ron Paul campaign is really about re-educating America to what can only be called Neoliberalism. Which, based on the evidence and writings of its supporters, appears to be a thin gruel of free markets and non-interventionism seasoned heavily with anti-Semitism, morally obtuse Neo-Confederates, and an outspoken contempt for both conservatism and conservative leaders past and present.

I would have expected this kind of smear campaign to have come from the Obama campaign and his protectors in the MSM,not from a respected conservative magazine.Who would have thought a conservative would play the race card before Obama?

If you read this full article you will be hard press to find a quote from Ron Paul,much less a quote proving he is a anti-Semite.Most of the evidence is either from a author of a book that Ron Paul recommends,or quotes attributed to staffers,ex-staffers,or "Paulville."If you are going to charge that someone is a racist you should at least have direct quotes from them,not the quotes of some campaign staffer.

Also,let me deal with the term Neo-Confederate.The word Neo-Confederate has been a code word that progressive throw around to convey the image of Neo-Nazi's on the Confederacy,and this article proves it by trying to tie in anti-Semitism with Neo- Confederates.The absolute thing the Southern Confederacy was not were a bunch of National Socialists.I think they should reexamine their idol Lincoln if they want to see a National Socialist.
Posted by Thomas Gann at 12:49 AM