The Sun -Not Man- Determines The Temperature On The Earth,Who Would Have Known 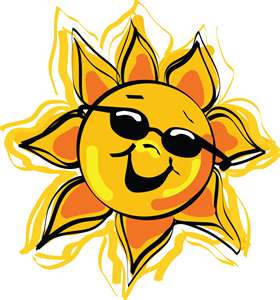 We knew this through common sense,we were taught it in school.now science has proven it,the Sun -not man- is the leading cause in determining the temperature of the Earth.Lawrence Solomon explains:


The research, published with little fanfare this week in the prestigious journal Nature, comes from über-prestigious CERN, the European Organization for Nuclear Research, one of the world’s largest centres for scientific research involving 60 countries and 8,000 scientists at more than 600 universities and national laboratories. CERN is the organization that invented the World Wide Web, that built the multi-billion dollar Large Hadron Collider, and that has now built a pristinely clean stainless steel chamber that precisely recreated the Earth’s atmosphere.
In this chamber, 63 CERN scientists from 17 European and American institutes have done what global warming doomsayers said could never be done — demonstrate that cosmic rays promote the formation of molecules that in Earth’s atmosphere can grow and seed clouds, the cloudier and thus cooler it will be. Because the sun’s magnetic field controls how many cosmic rays reach Earth’s atmosphere (the stronger the sun’s magnetic field, the more it shields Earth from incoming cosmic rays from space), the sun determines the temperature on Earth.

Global warming is a hoax!It is a plot by socialist to seize and take over Western economies and do away with free-market capitalism and institute socialism into our economies and they have virtually succeeded.Everyone who promotes this hoax -whether it be Al Gore,Barack Hussein Obama,or others- only have one solution for this myth,more government.In this new Green Economy they seek to create,only those who are well connected and are favoured by the government will be able to participate and prosper in the economy,those who are not must obey,if we want our government rations.Green has replaced red as the color of socialism and communism in the world.
Posted by Thomas Gann at 12:32 PM