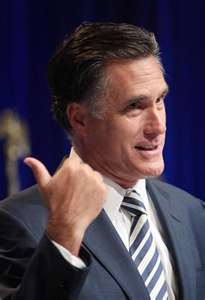 
Although Mitt Romney has been leading in the polls, his lead over other potential rivals has been slim. Being a “frontrunner” this far ahead of next year’s nominating convention would not mean much, even if Governor Romney’s lead and his support were much bigger than they are.
The albatross around Romney’s neck is the Romneycare medical plan that he signed into law in Massachusetts. His refusal to repudiate Romneycare means that, as a presidential candidate, he would forfeit one of the strongest arguments against Barack Obama, who has Obamacare as his albatross.
Nor is an about-face on Romneycare a viable option for Mitt Romney. He has already made too many other about-faces for voters to trust him after another. He has painted himself into a corner.