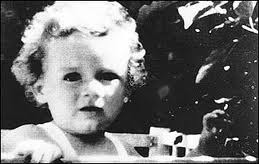 The republican Mother has an excellent post on the Lindbergh Kidnapping.Their could be more than meets the eye there?

Here is a few random thoughts of my own.

1.) In today's culture of the anti-hero we really don't have any comprehension on just how great a heroic figure -not just famous but heroic- Charles Lindbergh was in his time.If he came out for or against any issue people would have stopped and listened to what he had to say.

2.) Lindbergh's maid committed suicide after being questioned about the kidnapping several times.

a.) Was there a suicide note and if so what did it say?

b.) She was under a lot of emotional distress from the all the questioning she was enduring.She used cyanide to kill her self.Why cyanide?Why not hang yourself,shoot yourself,or jump off a bridge,if your under emotional distress?

c.) Was the cyanide in liquid or capsule form?

d.) Where and who did she obtain the cyanide from?

e.) Assuming she killed herself via cyanide capsules,were they easy to obtain then?

4.) Did the Lindbergh's ever question Hauptmann's guilt?If so,who did they suspect?

5.) If the kidnapping and subsequent murder of the Lindbergh's child was a Progressive plot,to what end was it made?Did they believe Charles Lindbergh could have been an opponent to FDR in the 1936 election or what?
Posted by Thomas Gann at 11:30 PM

Thanks for the link, Thomas. I'm just now noticing.

To answer point #5, I think the point would have been to get back at Charles Sr, the Congressman, who was the most vocal critic of the Federal Reserve, all of World War I, and the entire money trust. Charles Jr., the aviator had captured the public's attention with his accomplishments, but also shared his father's politics. To have the public turn their attention to central banking and war profiteering would never do.

You are very welcomed,republicanmother and thank you for your comment.