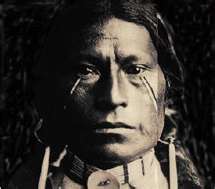 
The reaction follows a letter the tribe received on Monday from BIA Assistant Secretary Larry Echo Hawk, who warned that the results of the September 24 Cherokee election for principal chief will not be recognized by the U.S. government if the ousted members, known to some as "Cherokee Freedmen," are not allowed to vote.
The dispute stems from the fact that some wealthy Cherokee owned black slaves who worked on their plantations in the South. By the 1830s, most of the tribe was forced to relocate to present-day Oklahoma, and many took their slaves with them. The so-called Freedmen are descendants of those slaves.
After the Civil War, in which the Cherokee fought for the South, a treaty was signed in 1866 guaranteeing tribal citizenship for the freed slaves.
The U.S. government said that the 1866 treaty between the Cherokee tribe and the U.S. government guaranteed that the slaves were tribal citizens, whether or not they had a Cherokee blood relation.
The African Americans lost their citizenship last month when the Cherokee Supreme Court voted to support the right of tribal members to change the tribe's constitution on citizenship matters.

If I go and sit inside a Burger King does that make me a Whopper?I didn't think so.Neither does it make these decendants of slaves a Cherokee Indian either.
Posted by Thomas Gann at 2:06 PM