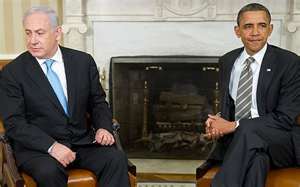 
Many Democrats are awakening to the reality that their party has been hijacked by a radicalism completely unfamiliar to their parents’ and grandparents’ Democratic Party.
An internal, partisan civil war is now brewing in that party. What I think tonight is less important than what Joe Lieberman, Bill Clinton, Evan Bayh, and the rest of the former, and now defunct, reasonable wing of the Democratic Party is thinking tonight.

The odds are still in Obama's favor,but those odds narrowed last night with the Dems losing the NY-9 special election,that he will be the party's nominee in 2012.If the Dems lose any significant portion of the Jewish vote,then it opens up the possibility that NY state could be competitive next year and the impossibility that the Dems can win in FL.With out the Children of Israel,a defeat next November may turn into a rout for Democrats.