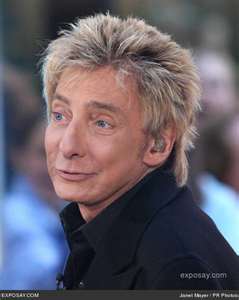 Who saw this one coming,Barry Manilow a supporter of Ron Paul?:

Grammy award-winning musician Barry Manilow told The Daily Caller that he agrees with “just about everything” 2012 Republican presidential candidate Rep. Ron Paul says, calling him a “solid” contender for the highest office in the land.
“I like him. I like what he says, I do. I like what he says. I think he’s solid,” said Manilow, who confirmed to TheDC in an interview at the Capitol on Thursday that he contributed to Paul’s last campaign for president.
“I agree with just about everything he says. What can I tell you?” Manilow added.

I wouldn't head off to the Capanna just yet to celebrate though:


Manilow was also asked if he is satisfied with what the federal government has put forth in the health care law signed by President Obama in March 2010.
“I’m not sure yet. I’m not sure. I have work to do,” he said.

How can you say,"I agree with just about everything he (Ron Paul) says," then turn around and say your "not sure" whether you are satisfied with Obamacare or not?

Um,Barry,Ron Paul is not for the government takeover of anything,much less the whole health care system of the United States.

BTW,this will probably be the first and only time I will ever reference,Barry Manilow,in any topic on this blogs,so enjoy.I really can't stand his music.
Posted by Thomas Gann at 12:17 AM

His words were promising at first. Oh well, it's a start.