'The Most Devastating Act Of Mercy In History'


It may be the most devastating act of mercy in history.A newspaper report chronicling how a boy of four was saved from drowning has surfaced in a German archive.The child – who historians believe could have been Adolf Hitler – was plucked from the icy waters of the River Inn in Passau, Germany, in January 1894.According to Max Tremmel, a priest who went on to become one of Europe's most famous organists, his predecessor Johann Kuehberger had rescued the terrified Hitler.Father Tremmel told before his death in 1980 how Father Kuehberger, around the same age as Hitler, had seen the other boy struggling in the waters of the River Inn and dived in to rescue him.The story was never verified by Hitler during his lifetime. But now a small cutting from the Donauzeitung - Danube newspaper - of 1894 has been found in Passau. 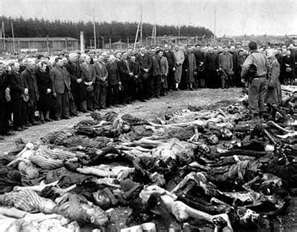 Just think,if the Father's attention had been averted for just another minute or so,how many lives would have been saved by just allowing that little boy to drown in that river.