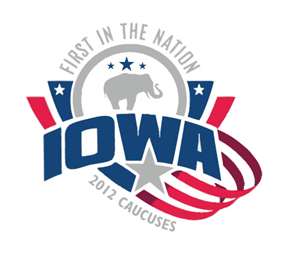 1.) No one won anything last night in Iowa.Their were no delegates at stake and 25% is not a majority of anything.All Mitt Romney and Rick Santourum won was 1st and 2nd place at the losers table.

2.) Iowa and New Hampshire only matter in regards to how they will effect the voting in South Carolina.Other than that they are meaningless.

3.) I wonder what the GOP establishment is willing to pay promise,Michelle Bachmann,and Ric Perry to get them out of the race now.I wouldn't be surprised that by weeks end they both endorse Romney.

Sarah Palin gave her analysis of the Iowa caucuses tonight, refusing to give any single candidate anything close to an endorsement. She also noted rather passionately though, that the GOP had better not marginalize Ron Paul and his supporters after tonight because their fiscal concerns are very legitimate and the GOP had better work with them.

Love him or hate him,but their was only 1 candidate on the ballot that was for smaller government,and that was Ron Paul.
Posted by Thomas Gann at 11:03 AM